The Most Promising Diamond Dividends

Introduction
According to Bloomberg, the next 4 years diamond prices will rise because of increasing demand of luxury goods in countries like China, Indiaand the Middle East. In 2012, average prices for uncut diamonds might climb 9 percent, according to an analyst at BMO Capital Markets. Demand for diamonds may grow at twice the pace of supply through 2020, because of an expanding middle class in China and India. Diamond prices have not been inflated by artificial demand to the same degree as gold prices. 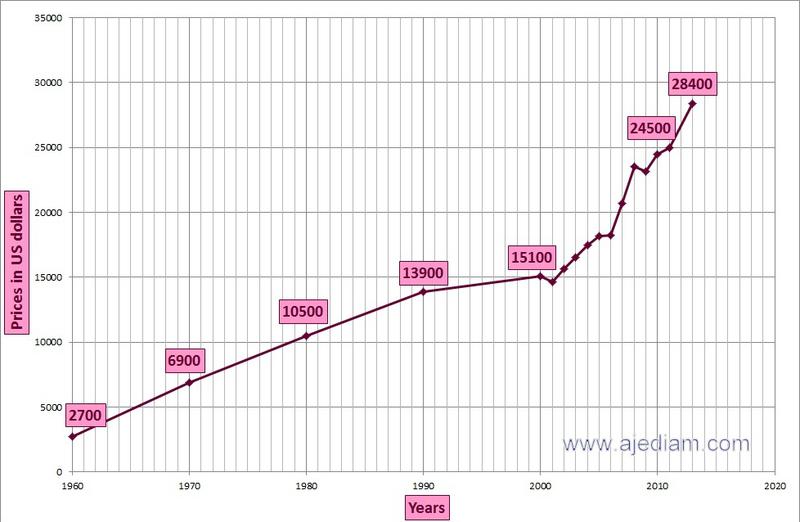 Anglo American
Anglo American is a mining company with a 85% stake in De Beers. De Beers is the world's largest diamond producer with mining operations across Botswana, Namibia, South Africa and Canada. De Beers generates about 35% (by value) of global rough diamond production.

BHP Billiton
BHP Billiton is a mining company created through a merger of Broken Hill Proprietary (BHP) and Billiton, resulting in a dual-listed company (DLC) in the US. The separate legal entities (BHP Billiton Ltd and BHP Billiton Plc) with separate share listings and share registers, are managed and run as a single economic entity. The cornerstone of BHP Billiton's diamond business is EKATI Diamond Mine in Canada. Annual sales from EKATI (including the 20% minority share) represent around 3% of current world rough diamond supply by weight and 11% by value.